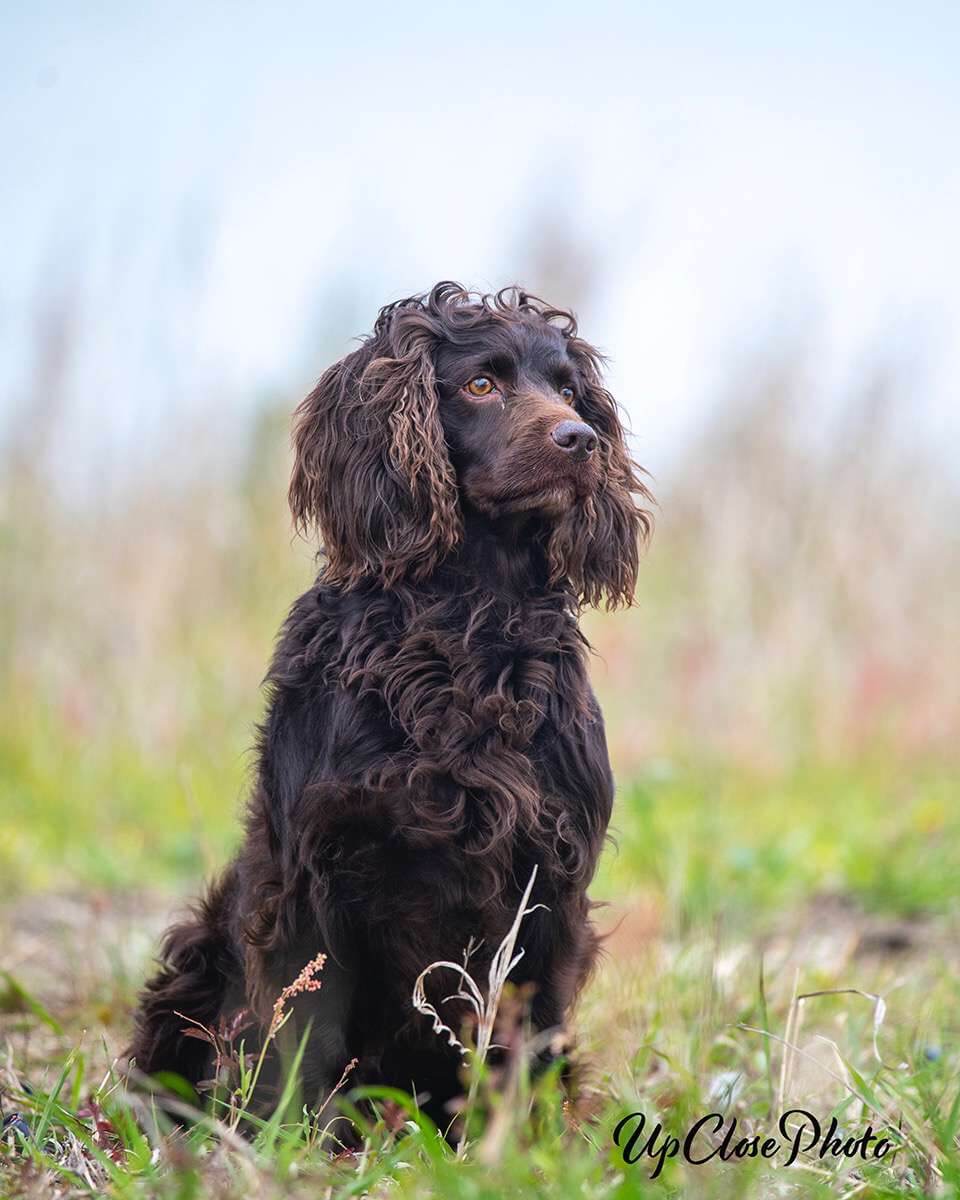 He turned 5 years old on February 27th and already has a long list of accomplishments. He is a superb athlete that is highly driven with a great attitude on the field and is extremely calm and relaxed in the house and is great with children and being a therapy dog.

He passed his first two started tests in Oct of 2017 at 7 months old.

Chief is the 2018 BSS NATIONAL CHAMPION in the novice division out of 78 dogs at only 13 months old.

He passed 3 seasoned tests in a row to get his season title without any handles on marks and lined 5 of the 6 blinds at 13 months old.

In the Arkansas duck season 2018-2019, Chief hunted about 50 days. He retrieved 335 ducks and 90 geese. Chief is a great hunter and doesn’t have any problems with ice, cold, mud, geese, or any of the issues people claim that these dogs have.

In 2019, because Chief already had his HUNTING RETRIEVER CHAMPION TITLE, he was not eligible to run in the intermediate division so he had to move up to the open division. Even though he was the youngest dog in the OPEN division by a long shot at 24 months old, he still earned a JAM out of 36 dogs and received a JAM (judges award of merit) which is a very high honor for any dog and a very special achievement for such a young dog.

In 2018, he also was qualified and entered to run the international grand hunt test. There are only 4 Boykins in history to ever get the GRAND title. He will continue to try to earn this title as long as he stays healthy and can continue competing.

Chief hunted Arkansas and Oklahoma in the 20-21 season and picked up a lot of birds. In the 21-22 season he was my personal guide dog in west Texas guiding for Caprock waterfowl hunting ducks, geese, and sandhill cranes. Most dogs of any breed will not touch a sandhill crane but Chief has no problem retrieving them.

April of 2022 Chief won the BSS National Retriever Open, the highest honor a Boykin can win! He is the 2022 National CHAMPION and a 2-time NATIONAL CHAMPION. He’s already almost accomplished everything there is for a Boykin to accomplish at just 5 years old with a lot of life ahead of him. To say this is an extremely SPECIAL Boykin spaniel is an understatement!

June was the 2021 BSS National Novice Champion. She was awarded a Judges Award Of Merit at the 2022 BSS National Intermediate Division. In 2022 she also earned her Hunting Retriever Champion title. June is a very special girl. She is 3 years old born January 27, 2018. She is one of a kind when running trials and hunting she believes all the birds are hers and she plans to get them all but in the house, she has a wonderful off switch and can just relax and chill. We plan to further her training and titles by running masters and the grand. She made it through the 4th in her first grand fall of 2022 and pointed out. 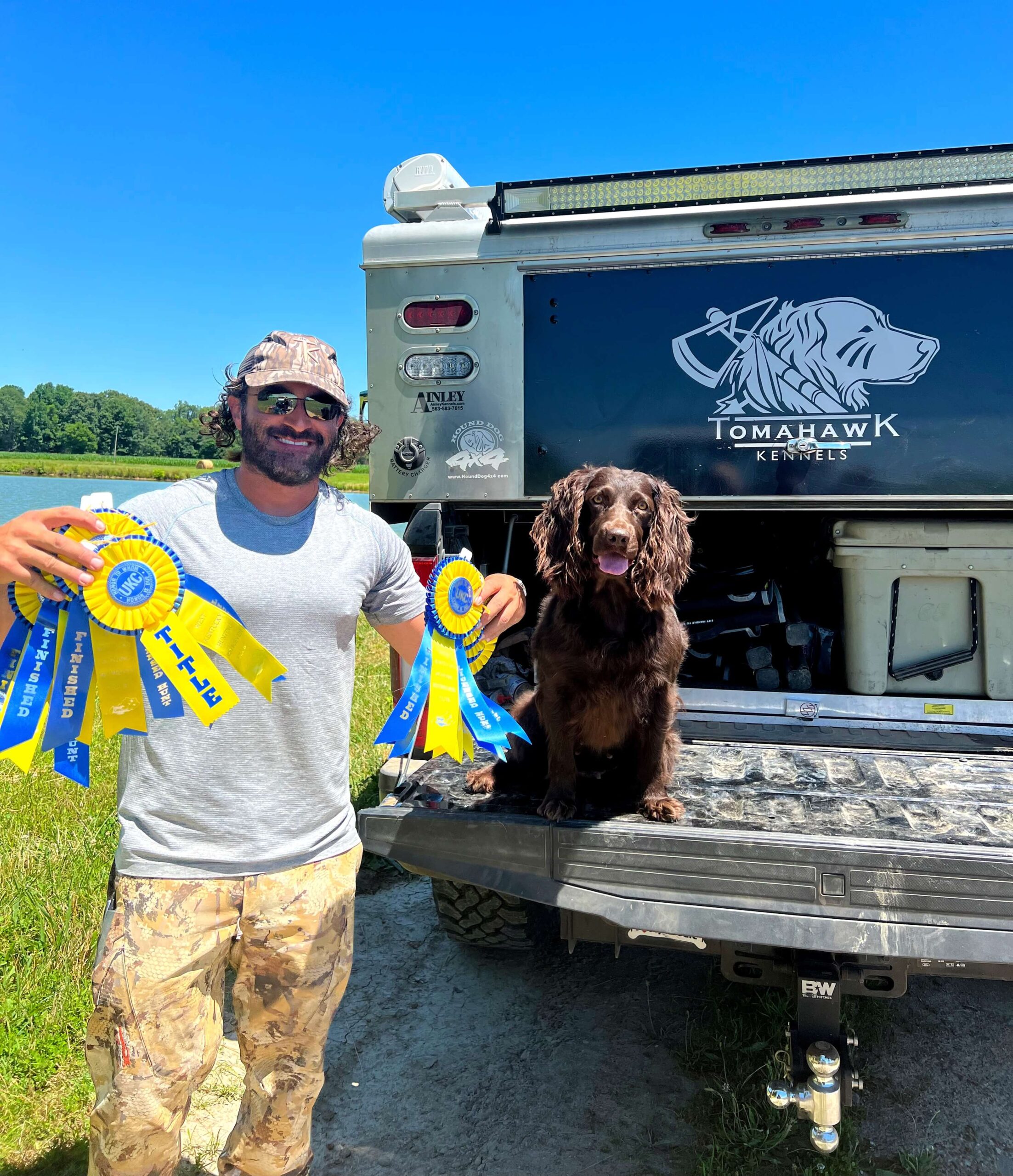 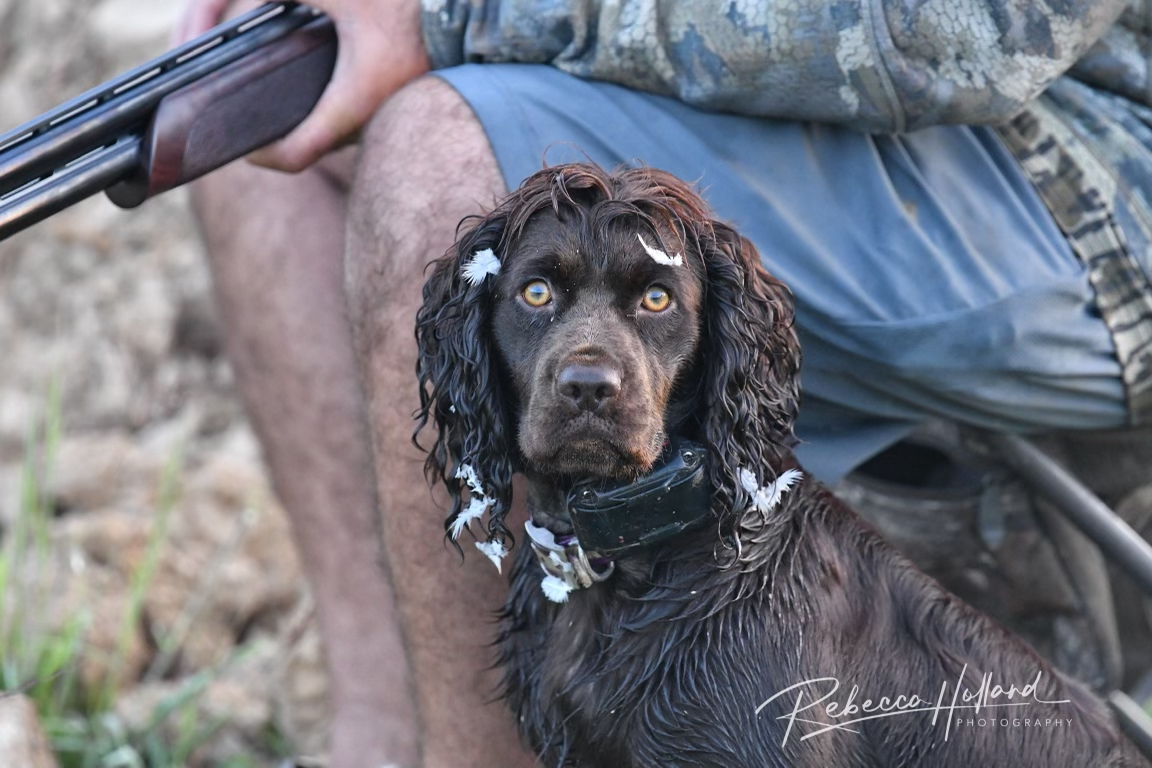 HR TDJAMs HOTTER THAN A PEPPER SPROUT  “CALI” AKA The Gremlin

If you’ve ever been to the kennel or around the training truck you have met Cali Miss Personality herself. She’s hard not to love! Great attitude whether training or just being a fun dog she’s always there for the party. She needs 2 finished passes for her Champion title which we hope to get very soon. We plan to keep training and running her in tests and letting her chase birds during hunting season!

Sky hasnt ran any tests yet but will debut this fall hoping to get her seasoned title. From there she will start her hunting career in west texas opening day of teal season and picking up doves. She will hunt all season guiding with me. 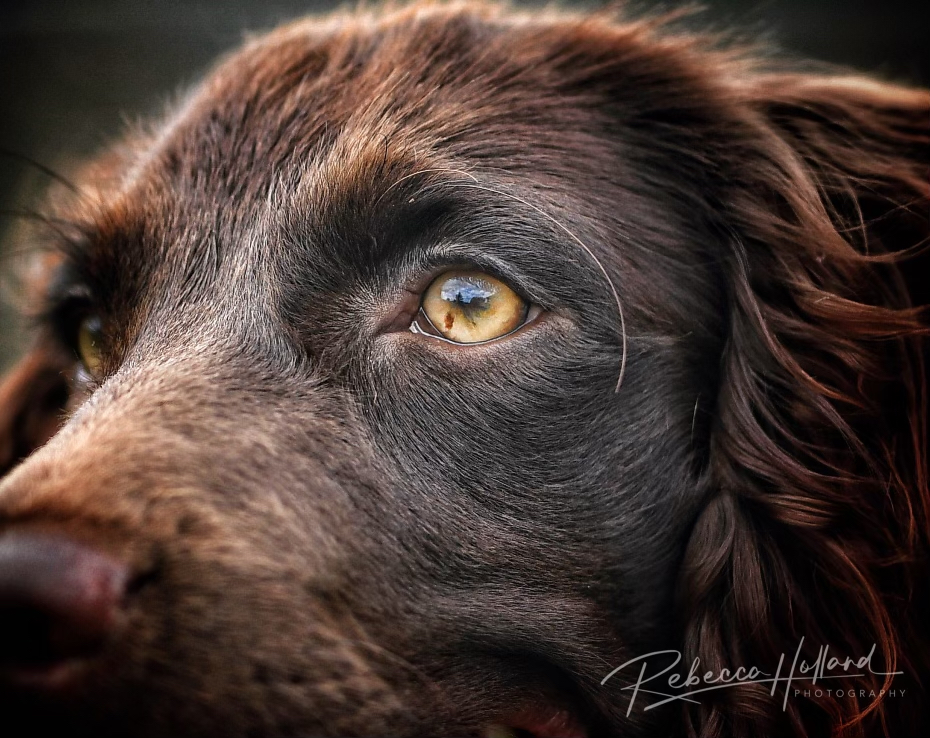 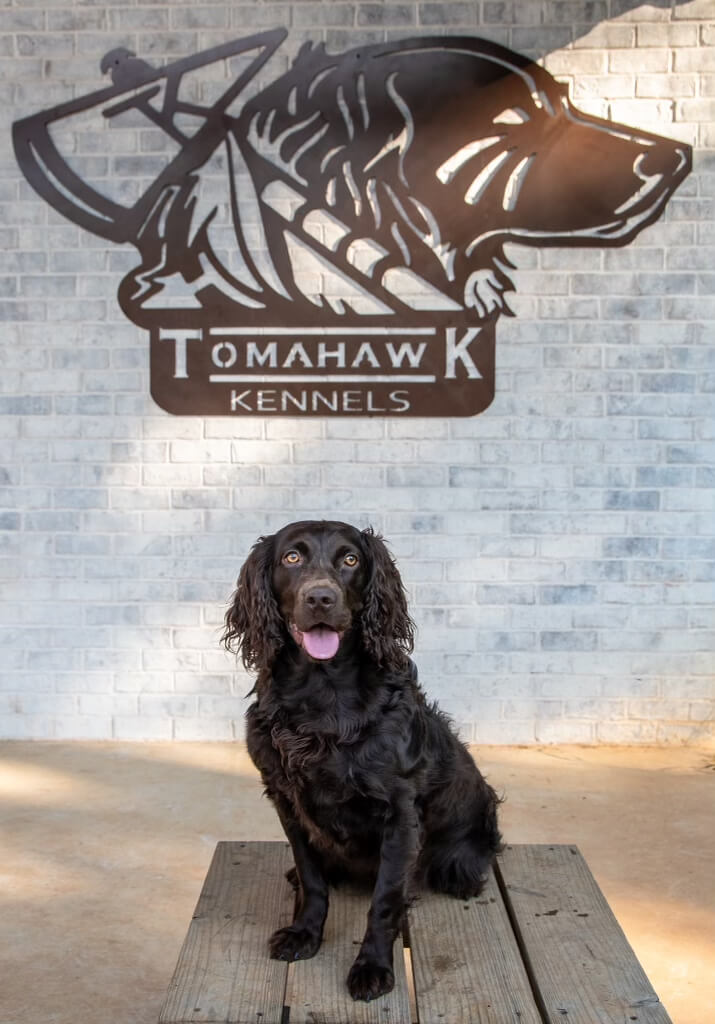 Gypsy is the baby of our tribe just a year old and training. She is a sweet dog with a ton of potential that we hope to show in the future. For now just training and a lot of love for her.

Stay CONNECTED WITH US

Stay CONNECTED WITH US